The winners of this year’s best farm and rural attractions were announced at the National Farm Attractions Network (NFAN) annual conference and awards ceremony held in Liverpool last week. NFAN is the trade association for the farm attractions sector with over 250 members.

Delegates at the conference heard from Sharon Orrell head of research and insights at Visit England on how the farm attractions sector as a whole is a winner, having outperformed all other attraction types over the last decade with the biggest reported growth in visitors.

Colin Evans, NFAN chairman said, “This year’s annual conference and trade exhibition has been the biggest in the association’s 20 year history. During a visit to the Ice Cream Farm in Cheshire as part of the conference we saw at first-hand the spectacular new £5million redevelopment which is just one example of investments taking place at farm attractions around the country, offering visitors new experiences and creating jobs.”

There was a standing ovation as the late Joe Henson from Cotswold Farm Park was named recipient of the Lifetime Achievement award. A short BBC Countryfile tribute piece was played to the room and his son, Countryfile presenter Adam Henson, paid a touching tribute to his late father in a video message saying; “As many of you know my dear father Joe Henson passed away in October 2015, but before he died he was aware and absolutely delighted that he’d received the National Farm Attractions Network Lifetime Achievement Award.  The Cotswold Farm Park was the first of its kind in the Country and I know that dad was very proud that there are now hundreds of open farms all over the country educating the general public.”

Other winners on the night were The Pink Pig in Scunthorpe who won Best Food & Beverage. Park Hall – The Countryside Experience won Best in Education, Odds Farm Park in Buckinghamshire won Best Digital Presence and Noah’s Ark Zoo Farm near Bristol won the Innovation Award for their environmental innovations including rainwater harvesting for the animal wash and Elephant pool. The Best trade supplier award went to Innovative Leisure.

Jim Keetch Farm Attraction of the Year Award (Over 75,000 visitors)

Jim Keetch Farm Attraction of the Year Award (Under 75,000 visitors)

NFAN would also like to thank the following conference sponsors…

Uniting the Farm Attraction Industry, The National Farm Attraction Network (NFAN) has over 250 Members and is the only independent co-operative for farm and rural attractions. Encouraging best practice and knowledge sharing, NFAN proactively updates members on the latest HSE advice, represents the farm attraction industry at government meetings, runs events including the annual conference and awards, and provides ongoing support and guidance to members.

NFAN began in 1996 through the vision of Jim Keetch, a Farm Park owner in Weldon, Northants. He travelled the country, attending agricultural shows encouraging other farm parks to join. Jim Keetch passed away in 1998, but his name lives on through the Jim Keetch Farm Attraction of the Year Award now in its 16th year and through his pioneering work in setting up NFAN, a voice for the farm park industry. 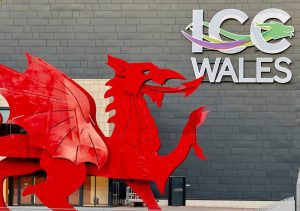 Join us for NFAN's biggest event of the year at ICC Wales, Newport (7-9 June). Find out more >>

Discover why you should join NFAN. Find out more about the benefits for Farm Attractions and Trade Suppliers. Read More »

Find out more about the role of NFAN.